"Reaching Out" and "The Mome Raths"

I have just posted to the Dramatic Writing page a short film script (9 pages) called "Reaching Out" and a short play (11 pages) called "The Mome Raths".

The idea for "Reaching Out" came from the story of a friend of mine in Pullman, Washington. She had an encounter like this after the sudden death of her husband. I, of course, invented all the details, but I hope I captured the heart of what she told me. It's a beautiful story.

The title of "The Mome Raths" comes, of course, from "The Jabberwocky" by Lewis Carroll. The characters and the story come from one of those strange places we dip into and out of once in a while. I just happened to capture one of those moments.

I hope you enjoy them!

My heart goes out to all of those whose lives have been severely disrupted by the Covid-19 pandemic, up to and including sickness and death. It is a worldwide disaster, and even though most of us will come through it, no one will be unaffected.

As a performer, my work completely ended. As a writer, it's grown. I've heard that Shakespeare wrote KING LEAR during a plague that he lived through. I'm doing my best.

I've done more songwriting this year than I have for twenty-five years, and it's all been international.

My longtime friend and co-writer, John Peppard, who lives in England, made contact with the rising young country star, Daniel Wesley, in South Africa. The three of us meet online and have written four really exciting songs together, one of which Daniel has already recorded! He's a wonderful singer and musician and a convincing performer. I am very excited about this. I will keep you up to date on progress of his new album.

At the same time, I've been writing with another old friend and co-writer, the Norwegian folk-rock star, Jonas Fjeld. This fall, Jonas was inducted into the Norwegian Rock and Roll Hall of Fame. Congratulations, Jonas! Over the years, Jonas and I have written many songs, some of which he and others have recorded. You may remember his name from 2019 when he joined with Judy Collins and Chatham County Line to make the album, Winter Stories, which included our song, "Frozen North". They all toured together to packed houses last fall in the USA and earlier this year (pre-Covid) in Norway. Mary and I saw the show in Boston, and Judy recognized me from the stage! That was cool.

Jonas has been working all year on a new solo album and we have written ten (yes, ten!!) new songs, which we both love. The album will be released later next year. I will keep you informed of that also. I am thrilled by all this.

In the meantime, have a warm and meaningful holiday season. With everyone else, I look forward hopefully to the new year.

See you down the road (somehow!), 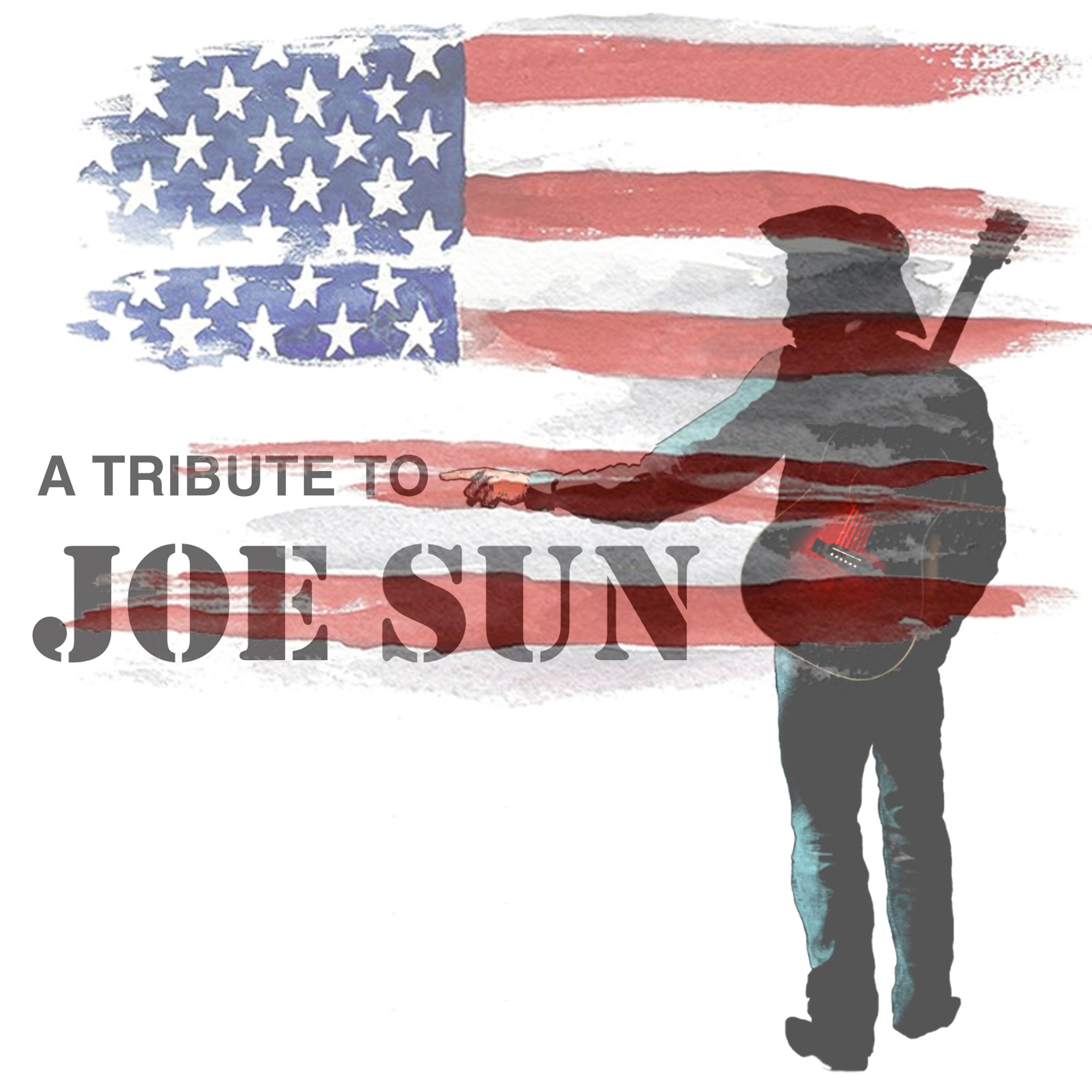 The CD "A Tribute to Joe Sun" has just been released by a group of dedicated musicians in Norway. It consists of 13 tracks by friends and colleagues of Joe's singing songs that he was known for. One of the tracks is me singing "Old Flames". The other artists include Brent Moyer, Alan Rhody, Max T. Barnes, and Austin Church. Here is how to find it. Enjoy. Joe was a great international artist and a great friend. -- Hugh

Hope you're well and safe.

I just learned that one of the Oslo, Norway, concerts of Winter Stories, the tour by Judy Collins and Jonas Fjeld with the band Chatham County Line, is being broadcast currently on public television in the US. It was just shown in New York. The other showings are unknown to me in the different markets. Please look them up locally by searching on "Judy Collins Winter Stories". If it's there, you'll find it.

This concert includes the song "Frozen North" that Jonas and I wrote. It's a beautiful concert, all of it.

See you down the road (someday)!

I hope you are working hard on social distancing. Different governments are giving the message differently, but we have to do it. We're the ones who can stop this eventually, just by keeping our distance. It's not always easy, but it has to be done.

NOW - I have created a new webpage called "Dramatic Writing - Plays and Screenplays". You'll see it in the menu above.

This page will have free downloads of scripts I have written over the years. Some have been produced, most haven't, but...

I have posted the first one. Here's the description:

A PARK BENCH is a script for a web series consisting of 22 ten-minute episodes. The story centers on an old southern woman who lives in a nursing home and the young Englishman she pays to take her to the park to smoke. Oh yes, he's also an alien in love with an earth girl and desperately wants to become human. He believes she can teach him. She doesn't feel human anymore, so doesn't see what the big deal is.

A lot happens over the course of Season One, and almost all of it happens from their place on a bench in the park where they go for her to smoke and watch the children play. AND---meet an amazing array of humans: evidence that being an alien doesn't actually stand out at all.

See you down the road (eventually...)

There will be a celebration of the life of David Olney in Nashville on March 9, 2020, at the Belcourt Cinema. I won't be able to be there. I met David early in 1973, a month or so after I got to town and maybe six months after he did. I've known him ever since, and like so many others who have posted about him, I miss him, and I can't believe he's gone.

Here is a version of what I would say if I could attend the memorial in March.

I ran into him at a gig in Northampton, Massachusetts several years ago. Gine, Redding, and Lilly were staying with David’s parents in Rhode Island while he toured in the region. The kids were small then. I asked him how the family was doing. He said, “Everyone’s sick. They’re throwing up all over the place.” I said, “That’s terrible”. He said, “Oh well, that’s what agents are for.”

The reason he could say that to me is because he knew that I knew how much he loved them.

Love is like a scatter gun. Wherever you direct it, it spreads out everywhere. We see this in his songs. David loved Judas, eternally unable to spend the 30 pieces of silver. He loved the iceberg calling to the Titanic. He specially loved the poor fool, who is every one of us, tagging along and heading for Jerusalem tomorrow.

David loved, and by loving he gave everyone around him permission to love, too. To love even ourselves. By being so totally David, he gave us permission to be ourselves. I’m so much better because of him. Not because I’m more like David, but because I’m more me, more Hugh, than I might have been. In this way, we all carry him forward with us, and---maybe---do the same for others.

And David was something that often seems out of style today. He was decent. That he was brilliant is well documented and will be commented on a lot by all of us as we go forward carrying him inside. It’s his decency, at the heart of everything, that I remember now.

We’re going to remember David for the rest of our lives, and others will remember him through his works and through us. I’m not qualified to tell his story, but I don’t have to. David wrote his own life story. It’s in “Roses”. The lightning strikes and...

But he held his ground like some old soldier

His ancient pride was burnt and shaken

But something deep inside did waken

I'm closing in on the last part of my 2019 Euro tour. I have three last shows this weekend in Germany and the Netherlands. You can find details on my Shows page.

I have added some photos in albums under PHOTOS/2019 Tour Photos.  Also a blog about one particular experience under BLOGS/2019 Tour blogs.

I hope to write more.

Nov. 3 show in Bath has been CANCELLED

The wonderful Norwegian artist and writer, Jonas Fjeld, has a new album (WINTER STORIES) in partnership with Judy Collins and the bluegrass group Chatham County Line. The first single is a song that Jonas and I wrote, "Frozen North". Jonas has recorded it before in Norway, but this is the first American/Worldwide recording release and it's with Judy Collins!

OR you can download the MP3 on the LINKS page above.

Mary and I leave for the UK on October 17, and my tour starts Nov 2 and will take me through England to Switzerland, Germany, and the Netherlands. The full itinerary is on the SHOWS page. I will also post blogs on the BLOGS page.

Hugh's short play, "The Mome Raths", to be produced in Topanga, Sept. 29

My short play "The Mome Raths" will be produced as a staged reading by https://topangaactorscompany.weebly.com/ on Sept 29. Royce, the lead, will be read by JOHN KASSIR, Crypt Keeper/narrator from TALES FROM THE CRYPT! Director is John's wife, Vanessa Waters. The rest of the cast is Elizabeth Herron, Annie Abrams, and Jeff Kongs. Damn, I wish I could be there!!

If you or anyone you know would like to go, here is how to do it:

There's no admission charge, but if someone wants to go, they should email Judith Hendra at topangaactorscompany@theatercompany.org for reservations. It will be full.