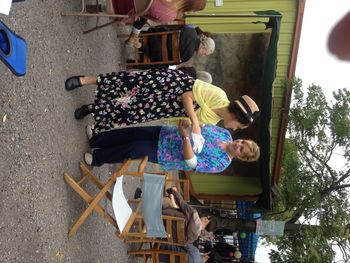 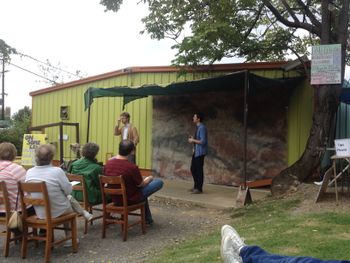 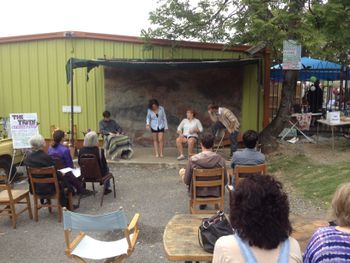 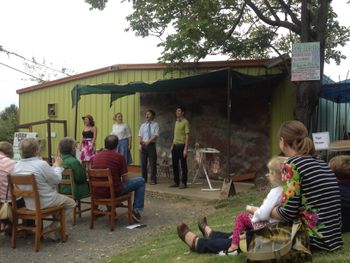 Share photo gallery
Pulp Friction is a festival of short plays produced by Hugh Moffatt and directed by Tom Angland.

The performances in September of 2014 were in the back of The Idea Hatchery on Woodland Street in East Nashville, near 5 points.

The plays ran in repertory from 1P to 5P as part of the Proto-Pulp Book Fair on Saturday, September 13.  Each play was performed 4 times in that period.  They were free to the public with collection being taken for the actors and playwrights.  All plays were original premiers written by middle Tennessee playwrights.

On Some Ledge by Rebecca Botter

The Truth by Hugh Moffatt

Here We Go by Hunter Moore